My reaction to kid/parenting videos like these evolves in 3 phases.

Phase 2: The irrational fear that I am a terrible parent who will never raise kids like that.

Phase 3: The decision to quit our jobs, sell our home, and spend hours upon hours of technology and structure free time together while living in a tree. 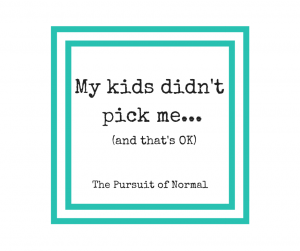 My reaction to this latest video, Who Would You Like to Have Dinner With?, was no exception.

Between approximately 7:32 and 7:34 Sunday morning I bawled into my comforter.

By 7:35 I was sure I am a terrible parent whose kids would never hold down jobs, find healthy relationships, or move out of my house.

By 7:41 I was emailing the guy from Treehouse Masters and researching the value of my house on Zillow.com.

This might be a mild overreaction to a simple video.  However, with the amount of time we’ve spent traveling between football practices, baseball games, band rehearsal and music lessons our family hasn’t sat down together to eat dinner at a table in almost two weeks. So it’s entirely possible that not only would I not make an appearance among their top 3 dinner mates, it’s highly likely my kids won’t even understand the question.

I guess that depends on how you interpret their responses…

Because I’m a glutton for punishment, I decided to ask my boys who they’d like to have dinner with. Here’s how it went:

Me: If you guys could have dinner with any three people in the world- alive, dead, famous, not famous – who would it be?

Luke: Jesus, Dave Grohl, Neil Peart, any of the members of Blink, Green Day or AC/DC, Martin Luther King, Jr., or any president of the United States.

Nate: Slash from Guns n Roses, any member of the San Francisco Giants or Padres, Jesus, Goliath, Matt Stonie, any of the members of Green Day or Blink.

Please note: Neither myself nor Hubs appear anywhere on their lists.

I won’t deny it- I was a little hurt and a lot worried. While I can swallow being outranked by the Son of God, I have a hard time believing that Slash is half the conversationalist I am.

Every child in the video chose their family as the preferred dinner companion. Each one found comfort in the idea of sharing a meal alongside the people who probably know them best, love them most. Wouldn’t it be reasonable for me to assume that I must be doing something wrong if neither of my children even considered including me on their list?

Me: What about me?

Me: I said, what about me? Wouldn’t you like to eat dinner with me?

Luke: Why would I put you on my list? You’re obviously going to be with us.

It’s easy to use videos like these as a yardstick against which we measure our success as mothers. Comparing ourselves to kids we don’t know, living lives we’ve never seen (not to mention all the kids who chose Elmo and are laying somewhere on a cutting room floor) we determine whether or not we are “good” moms who are doing it “right.” But it’s not just viral videos that raise the bar to unreachable heights. Academic awards, team victories, art projects, birthday party treat bags, and holiday crafts… By defining success according to the accomplishments (and limitations) of others we are guaranteeing our own failure.

Pinterest and Facebook have become our judge and jury, finding us guilty of not being good enough.

My kids didn’t choose me. But that’s OK.

It’s OK because the fascinating and diverse group of people they did choose are the result of the life I’ve given them, the world I’ve exposed them to, the curiosity I’ve fostered, and the passion I’ve ignited in them.

Most importantly, they did not choose me because my absence was never even a consideration.

As has been the case for every poignant moment in their lives, I was already sitting right next to them.

Sometimes it’s the things our kids don’t say, that tell us the most.