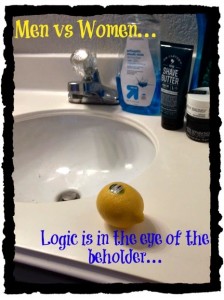 It’s hard to admit this, but I don’t take criticism or correction well.  I tend to get a wee bitdefensive when someone brings my faults to light.

If I were the mature and composed woman I aspire to be, when someone addresses my faults my first thoughts would be something along the lines of, “Hmmm… This is not easy to hear but I trust and value this person so it’s best for my personal development that I listen to what they are saying and spend some time reflecting on their words.”
We can safely assume I am not a mature and composed woman. Consequently, this is what actually goes through my mind when someone offers up some constructive criticism, “YOU want to criticize ME? Well, you are a terrible listener, your car is always a mess and your new haircut is not cute at all!”
It’s safe to  say “accepting criticism” is a “growth area” for me. Luckily, I have lots of people in my life willing to help.  And just last week a complete stranger lent a hand!
I was lucky enough to have my most popular post included on the fabulous site Mamalode last week. (How do I know it’s popular? Well, some editor in Romania copied and pasted it on her online magazine a few months ago.  You know you’ve written something really good when someone steals it and gives you 24 hours of fame in the 9th largest country in the European Union.)
Back to my helpful stranger-friend… I think we’ll call him “Dick.” Dick didn’t really like something I had to say in my Mamalode post. In fact, he was quite put-off by my picky potty positioning…
“I need the seat up you need it down do i ask you to put it up when you are done no so learn to work the seat it’s not that hard. Just so you know i always close the lid to flush because it’s gross not to. but stop whining.”
Poor punctuation aside (Seriously, Dick. Have you heard of a period or a question mark, some capitals perhaps?) Dick has some valid points.  I decided it would be wise for me to fight the urge to poo-poo his opinion and spend some time pondering his words.
Was I whining? Should I be more considerate of the men in my house and their potty positioning needs? Have I carelessly gone about my day, forming opinions and making observations from a non-gender-neutral viewpoint?
Well, Dick, you’ll be happy to know your grammatical error-laden words were not typed in vain! This week I paid particular attention to the things around me and made a concerted effort to see them with your constructive criticism in mind.  Here’s what I discovered… 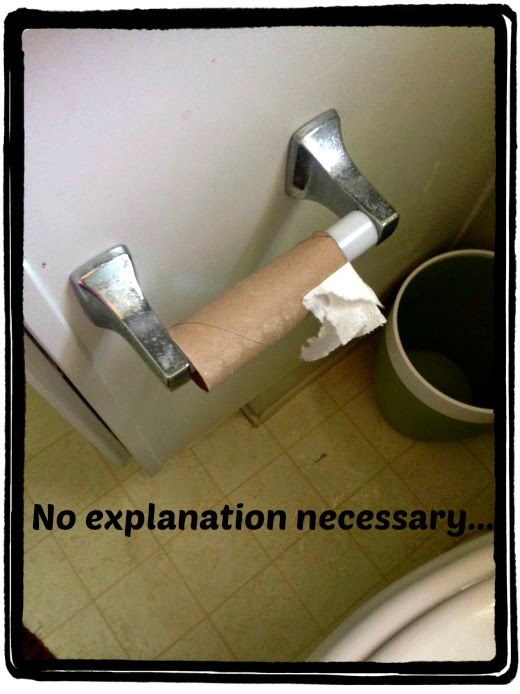 So Dick, after a week of careful observations, I’ve come to the following conclusion:  While you might like to leave the seat up, it’s my ass that’s falling in the bowl at 2 a.m. So I’m going to continue whining until the seat is down, my exfoliating brush is left where it belongs, the milk lid is actually on the milk, I can find a water glass in the cupboard and there are no freaking lemons on my bathroom counter! You’ll be happy to know I’ve given up on the toilet paper, though.  Enjoy your victory.

Logic is in the eye of the beholder.
That’s just my normal.