I’m a parent in the “we don’t keep score and everyone gets a trophy” age.  And let me tell you, it’s not easy.  Cold War parents fearing Russian attacks? That’s nothing compared to the day you have to finally tell your child they don’t get a trophy or that another team kicked his team’s ass. Those are the moments that “duck and cover” have trained you for.  Personally, I can’t figure out on which side of the argument I fall.

On the one hand, giving the child a trophy at the end of the season pizza party is somewhat deserved.  I mean pro athletes make a gazillion dollars to play ball and they aren’t even at bat every game right? But our t-ball kids actually had to take 14 swings every single time he was at bat just to stop hiring the “T” and actually make contact with the ball.  That’s 14 swings X 4 innings X 10 games.  That’s a lot of swinging.  Don’t forget all  the ball chasing. They have to go after every ball that came onto the field- no matter what “position” they were supposed to be playing.  And miles covered when throwing the ball to first base? Who can keep track of those?  It takes quite an arm to throw the ball past the first baseman, over the dugout and onto the adjoining field, right? I’d be remiss to leave out all the base-running that went on.  You know, running from home to third, then back to home and finally to first.  That’s a lot of ground to cover.  Granted they did get a few breaks to pick flowers and their noses and do a fair amount of spinning in circles with their arms wide while out on the field, but even professionals get a break on the bench, right? And let’s not forget the biggest argument for giving everyone a trophy… The money I paid for that trophy to the league to give my child the opportunity to learn valuable skills like team building, sportsmanship and how to improve with hard work looks really stinkin’ cute on his dresser.  You know, next to every other trophy I paid for he earned for the various sports he played for one season.

The nay-sayers, however, have some strong arguments as well.  They aren’t just Party Poopers picketing t-ball fields around town chanting, “Down with Trophies!” The main argument is that if we have our kids participate in organized sports with the hopes of learning valuable life lessons like those I mentioned above, in addition to maybe finding the love of a particular sport or a hidden talent that lies just beneath the jelly-stained surface, than why do they need any sort of physical reward at the end? Those life lessons will have been taught and the little players that swarmed every ball that landed on the field will have the memories of their first year as a baseball player.

I used to lean more on the anti-trophy side.  Sorry.  On the one hand I agree that the life lessons and fun are the most valuable rewards for playing organized sports.  However, no 6 year old is going to leave a team party held at the local pizza parlor saying, “The memories, the fun and the life lessons I hold in my heart are better than any trophy I could put on a shelf, Mom.” We don’t live in la-la land.  However, the stronger part of me recognizes there is eventually going to be a time when a trophy is only earned when the team, you know, wins. So we are simply putting off the inevitable reality-check with all this trophy-just-for-signing-up stuff.  But I guess a 10 year old is more capable of learning that lesson than a 6 year old so a few years of kind-of earned trophies isn’t the end of the world, right? Right.

But now I guess I’d say I’m begrudgingly on the side of Trophies For Everyone! I’m beginning to think that maybe my anti-trophy sentiment stemmed not from logic but from a little green monster that had taken up residence in my gut- no, not the one resulting from my non-Paleo dinner last night, I’m talking about the other monster in my gut- ENVY. Plain and simple… I want a trophy or a ribbon or a medal! Yeah, yeah, yeah I know we moms are rewarded in hugs and kisses and “I love yous” but I can’t hang that crap on my wall or put on my dresser! I want a trophy!

Do you want a trophy? Do you want someone to tell you they think you’re awesome and acknowledge your participation in life? Do you want an extrinsic reward just for showing up? Do you want people you respect and admire to tell you they think you’re awesome? If so, then write a blog and annoy everyone you know by talking about it, posting it on Facebook and Twitter and leaving business cards around town.  Trust me it works.  How do I know? Because I am lucky enough to be on the receiving of a few kind bloggy awards recently. 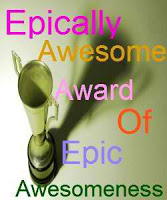 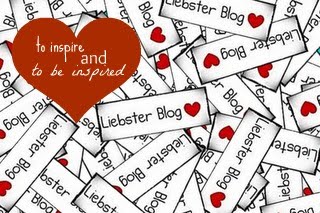 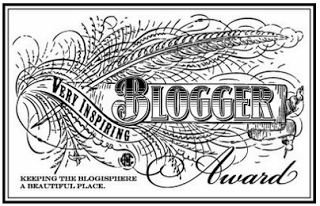 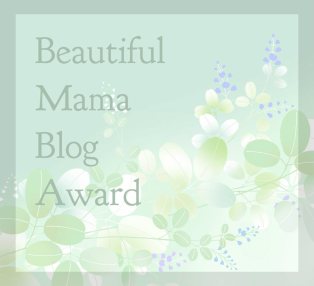 To many of you this little blog is a place to go to read funny stories about the wackiness that is my life as a mom. It’s a break from the monotony of life behind a desk or in front of the washer and dryer.  I’m cool with that because if I can provide some laughs, my job is done.  What can I say, I’m happy being a cheap thrill. For me, however, this blog is more than that.  I know I’ve told you all before that writing in many ways saved my sanity.  But it has also lead me on a journey to find out more about myself. It’s not just been my evolution as a mom, but as a woman as well.

More importantly, though, this blog has introduced me to an awe-inspiring world of men and women writers out there.  People who I can honestly call friends even though we’ve never been in the same time zone, let alone the same room.  Sounds silly, I suppose, but it’s true.  I am in contact with some of them more often than some of my friends who live a few minutes away.  We’ve shared advice, encouragement and a crapton of laughs.  And I respect them, their talent and their writing very much. So when a few of these fine people give me a trophy, I am suddenly pitching my tent in “Everyone gets a trophy!” camp. (Clean up your minds, not that kind of tent pitching!)

Many of these awards come with rules about answering 7 questions about yourself, posing 11 questions to other nominees, naming 12 people to pass it on to, listing your bra size and a myriad of other numbered things that are beyond my skill set.  And let’s be honest, you read enough crap about me so learning that my first kiss was at age 14 and I drove to Vegas in a VW Westfalia bus with my stinky college boyfriend and 3 of his even more stinky friends to see the Grateful Dead is not all that interesting to you, I’m sure.  (Although the story of staying in the van while it was parked at the Circus Circus RV park in the blazing heat of Vegas in August is pretty funny- but I’ll spare you those details.)

So here’s what I’m going to do… First of all thank you to Penny at Mom Rants and Comfy Pants.  Not only have you been kind enough to share the rewards you’ve received (and you have received MANY, rightfully so) but you have become a true friend. Your writing is witty and inspiring and your encouragement is always appreciated.  Please, please, please go visit her at Mom Rants and Comfy Pants and see how a seasoned mom has learned how to laugh at the hilarious parts of motherhood and life while seeing her children for the amazing beings she helped them become. Thank you for giving me trophies to put on my dresser.

Next, here are some of my other favorite blogs. They are a wonderful mix of humor and great writing.  A few are for the 18+ audience due to language and hysterical subject matter, so be prepared.  And when I say “prepared” I mean move all electronics as far from your face as your aging eyes will allow so you don’t spit coffee or vodka on the screen.  There is some seriously funny stuff out there.

Oh, and if  you’ve called or texted lately and wondered why I don’t respond, it’s because I’m busy laughing and reading these blogs. Sorry.  If you want to interact with me, you’ll have to start writing a blog.

Mom Rants and Comfy Pants
The Harried Mom– Thank you for the Very Inspiring Blogger Award
Cloudy with a Chance of Wine
Mommy’s Rambles- Thank you for the Liebster Nomination
When Crazy Meets Exhaustion
i like beer and babies
One Funny Motha– She just had something published in Huffington Post: my dream!
Dysfunction Junction
My Life and Kids
One Classy Motha
Let Me Start By Saying
House TalkN
Sisterhood of the Sensible Moms
Green Moms and Kids– This is Penny’s “other site”
The Momplex

So these are just a few of my favorites.  OK, more than a few.  Many of them have been given the awards I’ve been given at one point or another in their journey to awesomeness.  I consider it an honor to be on any list they’ve been on.  Oh, and quite a few of them have had books published recently.  Check ’em out!

I think we all deserve trophies just for showing up.
That’s my normal.