Sometimes I worry about my kids.  I don’t mean “worry” in the traditional sense.  It’s not so much the everyday worries like “There are evil people in the world” or “What if my kid gets sick or injured?”  My worries aren’t based in any sort of fear of the unknown. Simply put my fear stems from the fact that…

More often than I care to admit, my children say or do things that are incredibly stupid.

Things so stupid, I am fairly certain that:

Just to clarify, I don’t think my kids are dumb. In fact, I think they are pretty darn smart. Luke, in particular, is quite intelligent.

Example: Driving home from kindergarten, he turned to me and asked, “Mom, what’s multiplication?” Seeing as I somewhat of a multiplication genius, I was ready to tackle this questions. “Multiplication is simply fast addition. Meaning, 3X5 is the same as adding three, five times.” Boom! #nailedit #momwin

The following day, Luke emerged from his room, gripping a piece of drawing paper in his jelly-sticky hands. Assuming he had drawn a family portrait, including gigantic heads with no necks and abnormally large feet, I gathered him close and said, “I love when you draw stuff for me! Thank you!” However, upon closer inspection, I realized it was not a picture at all. No, my son had written all of his times tables from 1 to 7. And… Every single one was correct.

Conclusion: My son is obviously a genius who will attend a top university on full scholarship, find a lucrative job before graduation, and support me in the lifestyle to which I am accustomed- unlimited coffee, margaritas, and Costco dark chocolate covered blueberries. Reasonable requests, no?

As the years flew by, the vocabulary increased, the books grew more difficult, and I was officially unable to offer any assistance on his math homework. During those years, something else became apparent: My kid couldn’t locate his backpack, find a matching pair of shoes, or remember where he left his sweatshirt even if the fate of the human race depended on it.

The kid may be intellectually capable of curing cancer. Unfortunately, he’ll have to do so from memory because he forgot all his research on the kitchen table.

The kid is a walking contradiction.

He mastered multiplication after one explanation… 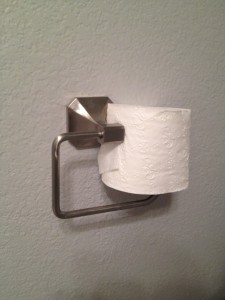 He taught himself division… 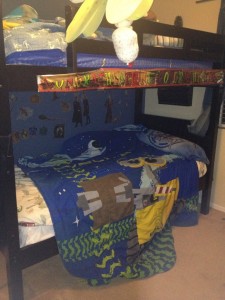 But can’t seem to grasp that making your bed with the comforter perpendicular to the mattress probably isn’t the best way to do it?

He reads 3 grade levels ahead… 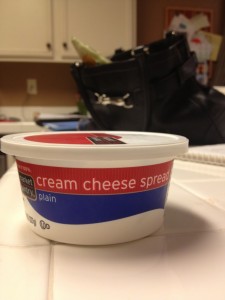 Yet asks me if this is yogurt? Umm… It says “cream cheese” right? In English.

A seemingly simple request such as “Please replace the paper towels you finished,” results in… 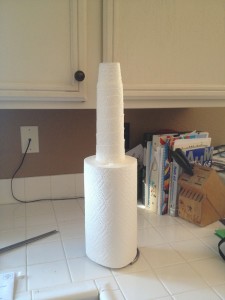 For most of us, replacing a roll of paper towels is simple:  Insert rod into hole in the bottom of the roll.  No slight of hand or nasty trickery here, folks. 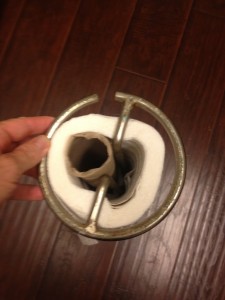 Yes, my son actually wedged the rod between the paper towel and the cardboard tube. Subsequently, shoving all the paper towels up and out of the roll and creating the Tower of Towels we’ve been using for the last week.

Then there’s the stuff they can’t seem to find… 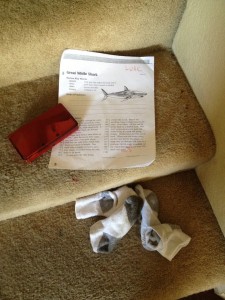 Mom! Where’s my homework? It’s sitting with your DS and socks I asked you to put away 17 times. 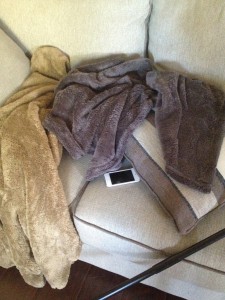 Mom! Where’s my iTouch? On the couch.  You know, the one you’re standing in front of? 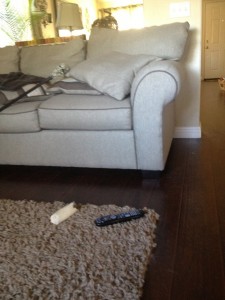 Mom! Have you seen the remote? I’m not even going to answer that one.

Maybe he can use his intellectual prowess to create an app like “Find my iPhone.”  He can call it “Find my own stuff because so my mom doesn’t lose her shnizzle if I ask her.” So the name might need some tweaking. What about “My mom is not a Lowjack.” Probably too much patent and copyright red tape fo use that one. What do you think about “Find my iCrap”?  In the hands of little boys, that’s not going to yield the results we are looking for, is it?

This is just on of those “kid things,” I presume. I’m sure it has nothing to do with a child’s intellect and is absolutely not an indicator of whether or not he or she will find a suitable mate.  I mean, look at Hubs.  He can’t find all kinds of things and his wife is a-ma-zing! Right?

My kid is going to save the world… As soon as he finds his shoes.
That’s just my normal. 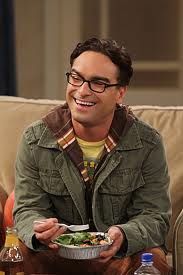 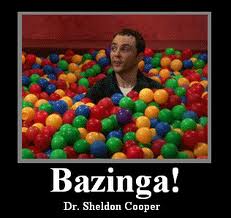 Let’s not forget that these two found girlfriends, have post-graduate degrees, impressive jobs,
and successfully live on their own…  for the most part.
Nerds rock!