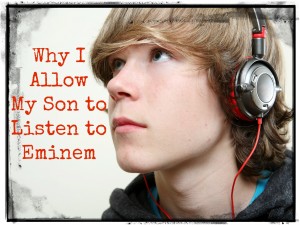 No one in my immediate family has ever been divorced.

To my knowledge, there has never been anyone with a drug or alcohol problem.

Following the  loss my 37-year-old cousin who bravely fought Leukemia, the only death we’ve experienced was that  of my 95-year-old grandmother.

I’m blessed beyond measure and I know this.

However, the downside to this “charmed life,” as some would call it, is that I have inadvertently raised sheltered children.

It wasn’t intentional.  I didn’t shield them from the harsh realities of life out of fear or denial or even a naive belief that if we don’t acknowledge it, it doesn’t exist.

The simple truth is that in our every day life, many of life’s common tragedies simply don’t exist.

But our every day life is not all there is. There’s a great big world out there and I firmly believe that one of my primary responsibilities as their mother is to prepare my boys to enter into that world, armed and ready for battle. They will be expected to function and to thrive in a world that will throw physical, emotional, and spiritual obstacles in their way. While they will encounter thousands of wonderful people who help them be the best them they can be, life isn’t always filled with playmates and supporters. They will also have to learn to live among those who will challenge them and, at times, want to tear them down.

I know that education and awareness are two of the most powerful weapons I can arm them with before they leave the safe haven of our home.

But what’s a mom to do? How do I prepare my kids for a future they can not avoid, while still protecting their hearts and minds in the now?

Do we watch the National news while eating dinner, explaining why innocent men are being burned in cages for a faith we celebrate in our home?

Should we end the day as a family, snuggled up on the couch watching the local news inevitably having to explain why sometimes arguments become violent or what could cause a parent to kill his/her own children? How can I promise them they are safe at school when not 24 hours earlier they learned that mere miles away a student bore the burden of pain so heavy it caused him to come to school with a gun and kill his classmates?

As parents, how do we educate without wounding? How do we make them aware without making them afraid?

We all know how important it is to talk to our kids. And while the media would like to say there isn’t enough of that going on and parents are too busy or too distracted, my experience is that the parents I know are talking to their kids and more importantly, they are listening.  But so much of what we discuss with our kids stems from events and experiences that happen organically.  And if your life looks at all like mine or those in my immediate sphere of reality, there aren’t always a lot of organic ways to broach the tough discussions.

I learned early on that like most things, if conversations are initiated by me, the discussion ends almost as quickly as it began.  Not because my kids have entered the No-Mom Zone (I think I still have a few years until that officially takes residence in our home.) but because if they haven’t become aware of something it’s typically because they’re not yet ready to.  Their minds aren’t quite ready for some of the concepts or ideas I’m thinking of.  They are  just not there yet.

However, if I wait patiently and listen more than I speak, I will inevitably get a glimpse of what they are ready for and what direction their minds are going.

Throughout the last year or two, it hasn’t been the news that’s prompted meaningful conversations in our house. It has been music. Luke and I share a love of music- live, recorded, new or old. We love to listen, dance and sing terribly off-key.  More importantly, though, we love to talk about what we listen to.

Recently as we were rocking out to “Headlights” by  Eminem, featuring Nate Ruess, Luke began asking questions.  And I began giving answers. And we began to talk about some real world stuff within the safe walls of his real world- our home.

I won’t bore you by taking  you through the song lyric by lyric (Although I have included them at the bottom if you’re interested.) but the story Eminem tells is a beautifully tragic look back at a young man’s life through the eyes of his older, more grown up self.  The perspective of a man is so much different from that of a child, as we all know.  A child only knows the pain he feels, not the pain of those around him.  He only knows his loss, his anger, his sadness, his disappointment. A child is not capable of understanding the perspective of anyone outside himself.  But a man is fully capable of that.  A man can still own his pain while recognizing the pain of others.

These are heavy lessons for an 11-year-old.  But they are beautiful lessons.  My sheltered son, as we printed out and talked about this song line by line, learned what it must feel like to be the child of someone with an emotional or psychological illness.  My son who has only a handful of friends from divorced homes, was given a picture of what it would be like to be taken away from your family, your home. My tween who’s beginning to argue for the sake of arguing, and disagree to establish his independence has a better understanding of how lucky he is to live in a home where there’s sometimes yelling and lots of times consequences, but would never become a verbal war zone. My sweet, faithful boy got a glimpse of what regret and forgiveness and grace look like. All from an Eminem song.

As a mom, I will continue to fight the battle of protecting and exposing. There’s no magic answer as to when my children will be ready to learn about the evils in our world or even the best way to show them those things when they are ready.  I’m sure I will err on the side of caution, more often than not. Meaning I will not-so-inadvertently raise sheltered kids for a while longer.

Because if I have learned anything in my 11+ years as a parent it is this: I can’t stop them from experiencing the world, but I sure as hell can have a say in how they experience it.

Mom, I know I let you down
And though you say the days are happy
Why is the power off, and I’m fucked up?
And, Mom, I know he’s not around
But don’t you place the blame on me
As you pour yourself another drink, yeah.[Hook: Nate Ruess]
I guess we are who we are
Headlights shining in the dark night I drive on
Maybe we took this too far[Verse 2: Eminem]
I went in headfirst
Never thinking about who what I said hurt, in what verse
My mom probably got it the worst
The brunt of it, but as stubborn as we are
Did I take it too far?
“Cleaning Out My Closet” and all them other songs
But regardless I don’t hate you ’cause, Ma,
You’re still beautiful to me, ’cause you’re my mom
Though far be it from you to be calm, our house was Vietnam
Desert Storm and both of us put together can form an atomic bomb equivalent to Chemical warfare
And forever we can drag this on and on
But, agree to disagree
That gift from me up under the Christmas tree don’t mean shit to me
You’re kicking me out? It’s 15 degrees and it’s Christmas Eve (little prick just leave)
Ma, let me grab my fucking coat, anything to have each other’s goats
Why we always at each other’s throats?
Especially when dad, he fucked us both
We’re in the same fucking boat, you’d think that it’d make us close (nope)
Further away it drove us, but together headlights shine, a car full of belongings
Still got a ways to go, back to grandma’s house it’s straight up the road
And I was the man of the house, the oldest, so my shoulders carried the weight of the load
Then Nate got taken away by the state at eight years old,
And that’s when I realized you were sick and it wasn’t fixable or changeable
And to this day we remained estranged and I hate it though, but[Hook][Verse 3: Eminem]
‘Cause to this day we remain estranged and I hate it though
‘Cause you ain’t even get to witness your grand babies grow
But I’m sorry, Mama, for “Cleaning Out My Closet”, at the time I was angry
Rightfully maybe so, never meant that far to take it though,
’cause now I know it’s not your fault, and I’m not making jokes
That song I no longer play at shows and I cringe every time it’s on the radio
And I think of Nathan being placed in a home
And all the medicine you fed us
And how I just wanted you to taste your own,
But now the medications taken over
And your mental state’s deteriorating slow
And I’m way too old to cry, the shit is painful though
But, Ma, I forgive you, so does Nathan, yo
All you did, all you said, you did your best to raise us both
Foster care, that cross you bear, few may be as heavy as yours
But I love you, Debbie Mathers, oh, what a tangled web we have,
’cause one thing I never asked was
Where the fuck my deadbeat dad was
Fuck it, I guess he had trouble keeping up with every address
But I’d have flipped every mattress, every rock and desert cactus
Own a collection of maps and followed my kids to the edge of the atlas
Someone ever moved them from me? That you coulda bet your asses
If I had to come down the chimney dressed as Santa, kidnap them
And although one has only met their grandma once
You pulled up in our drive one night as we were leaving to get some hamburgers
Me, her and Nate, we introduced you, hugged you
And as you left I had this overwhelming sadness come over me
As we pulled off to go our separate paths,
And I saw your headlights as I looked back
And I’m mad I didn’t get the chance to thank you for being my Mom and my Dad
So, Mom, please accept this as a tribute I wrote this on the jet
I guess I had to get this off my chest,
I hope I get the chance to lay it before I’m dead
The stewardess said to fasten my seatbelt, I guess we’re crashing
So if I’m not dreaming, I hope you get this message that I’ll always love you from afar
‘Cause you’re my Ma[Hook][Verse 4: Nate Ruess]
I want a new life (start over)
One without a cause (clean slate)
So I’m coming home tonight (yeah)
Well, no matter what the cost
And if the plane goes down
Or if the crew can’t wake me up
Well, just know that I’m alright
I was not afraid to die
Oh, even if there’s songs to sing
Well, my children will carry me
Just know that I’m alright
I was not afraid to die
Because I put my faith in my little girls
So I never say, “Goodbye, cruel world.”
Just know that I’m alright
I am not afraid to die[Hook]

I want a new life