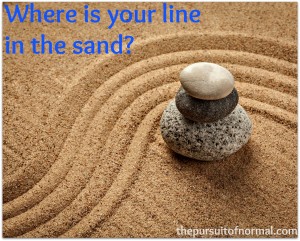 My parenting stinks of hypocrisy.

Maybe ‘hypocrisy’ is too strong of a word. There’s an implication of intentional insincerity or false representation when someone acts like a hypocrite. Perhaps ‘inconsistent’ is a more accurate description of my parenting. There’s no intentional trickery in who I claim to be as a parent or how I parent my children.  However, I can see where there are definite inconsistencies and contradictions in the decisions I make.

If asked to give an honest assessment of their parenting, I think most parents would easily identify their own inconsistencies.  Is it because we pretend to be something we are not and the mask we wear occasionally slips? Perhaps it’s because we don’t know who we ourselves are, so our decision-making often tumbles in whatever direction popular opinion blows?

Or is our seemingly oxymoronic parenting the natural result of living in a world where so few things are black and white?

From the moment our children enter this world, parents are indoctrinated with the importance of being consistent. Have a consistent bedtime routine. Be consistent in your discipline. It is the reliability of a parent’s decision-making that creates boundaries in which their children can grow and learn.  While seemingly obvious, consistency can be a tough prescription to follow.

When my children were younger, black and white parenting was a little more manageable.

There was a distinct line in the sand.

Throw your toy, lose the toy. Push another child on the playground, time out. Say ‘no’ to Mommy, time in your room. Children aren’t the only ones who benefit from this simple cause and effect dynamic.  As a mom, I felt fairly confident in my parenting because I made a rule and stuck to my guns. I was consistent just like all the experts said I should be.

My children aren’t little any longer.  The crimes aren’t so simple. Pushing another child isn’t simply a lack of self-control or a me-first attitude that insists you are in the front of the line. Sometimes things escalate to a physical level when attempts to “use your words, tell an adult or walk away” have been exhausted and someone is not getting the message.  When my son was a toddler I never would have tolerated a physical reaction to a situation.  As a tween, however… Am I condoning physical violence? Of course not.  But at what point is it acceptable for him to stand up for himself more forcefully and fight back? Where’s the line in the sand for empowering your child to defend himself?

Those of you with young children are exhausted by endless questions. You answer them on the fly with one ear tuned in and the other listening for the baby waking up from a nap.

You can answer the questions tossed at you without consideration because you know these aren’t typically  life altering questions. Whether or not the trash  man collects his own trash (Yes, my son asked this) or why our dog has a penis and the neighbor’s doesn’t aren’t life changing inquiries.

As your kids get older the questions continue to come at you at lighting speed. You’re trying to make decisions on the fly like you once did. But  now your kids aren’t sitting at your feet listening or playing alongside you with undivided attention. These boys and these girls are running out the door to get to school on time or flying from your car with barely enough time to close the door before they are late for football practice.

And the questions they toss out as they dash off to the next destination are big. Really big. They’re important and they rarely have simple answers.

The line in the sand has become less distinct, even fading into the landscape at times.

The endless of pressure of gray, pushing its way into your black and white plans is not only exhausting, but it makes it difficult for parents to remain consistent in decision-making.  Why? Because sometimes the gray seems reasonable or is perhaps situationally appropriate. Ideally, decisions are discussed with your spouse, prayed over and even researched when necessary.

But many of life’s decisions aren’t made around the kitchen table after a long discussion.  Often they are made in the car, in front of the friend’s house where your child will be spending the night.

“Mom, can I go on YouTube with the guys tonight? They like to watch videos about the new app we all got?”

Cat videos and the NFL are the only two YouTube topics searched in our house.  That’s our rule. But here he is, going to a sleepover with a family I trust and kids that I know and love, wanting to watch videos about an app I approved. And of course he’s asked for some YouTube freedom with one leg out the door and his mind already thinking of all the new “cheats” he can learn to master the new game.

Do I put him off? Tell him “I’m sorry, I can’t answer that right now. Cat videos and NFL stats.  That’s our rule.” But right now that rule doesn’t seem to apply to this gray area. So I make the drive-by decision. The one that is inconsistent with all the decisions made prior to this moment.

Our line in the sand just moved back 5 feet.

Inconsistent parenting is not lazy parenting. It’s not over-scheduled parenting nor is it a lack of communication parenting.

Inconsistency is the unplanned child of a gray, fast-paced, ever-changing world we live in.

I am an inconsistent parent.

My son is not allowed to have any social media accounts. He can not watch any R rated movies unless they are historically based and previewed by me or Dad. He isn’t dropped off unsupervised at the movies. He doesn’t watch adult T.V. shows and the tween shows he is permitted to watch are carefully scrutinized for excessive cleavage, short skirts, and kissing.

In this, our line is deep and unbending.

But he can listen to an Eminem song which contains the F Word.

The decision to listen to an edited version of an Eminem song was made on the fly when I didn’t change the station as it came on the radio. The choice to print the lyrics and break them down was intentional and wholly consistent with how I parent. It involved honest discussions, exposure to a reasonable, age-appropriate level of real-world issues, and long-winded conversations about the power of words (both the good and the bad) which included our line in the sand about foul language in our household.

As parents we draw our lines in the sand. There are certain Truths we hold dear and are non-negotiable as long as our children are living under our roofs. But the permanent, unyielding sections of our lines are few. Most are crooked and bent, curved and, at times, indistinguishable. They sometimes need to be reassessed and even erased.

They are often inconsistent. And that’s good parenting.