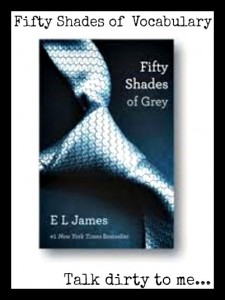 Unless you have been living the life of a recluse, you are aware that “Fifty Shades of Grey” is set to release in movie theaters around the globe in less than 72 hours. Better get your tickets quick. Many theaters have already sold out! (I heard that from a friend, not when I went to buy my own tickets for the Thursday 8:00 showing.) Don’t worry, this isn’t a post about the evils of Christian Grey, nor will I tout him as a hero.  It’s up to you to decide how you feel about the subject matter and the characters…

What I will share is how “Fifty” changed my life. Did it finally give voice to my most inner submissive desires? Uh, no.

Did I gain a deeper understanding of the complex workings of my husband thanks to the tortured and deeply misunderstood Christian Grey? I understand the difference between fiction and non-fiction, so the answer to that is no, as well.

Has my sex life become red hot, courtesy of some painfully poorly written naughtiness? That’s none of your business… 🙂

What I will admit, is that there have been once saucy, unexpected change since my introduction to Christian Grey and Anastasia Steel… my vocabulary.

I know, I know. That’s not nearly as provocative as getting the lowdown on my boudoir activities; but that kind of stuff is private and will remain undercover.

You probably think I missed the entire point of the book if my only take-away was an enriched vocabulary.  But haven’t we all waxed poetic about the power of words… The pen is mightier than the sword! So before you poo poo my voracious vernacular, maybe it’s time for you to sit back,  relax and learn a little.

Fifty Shades of Vocabulary: Talk to Dirty to Me (Part 1) 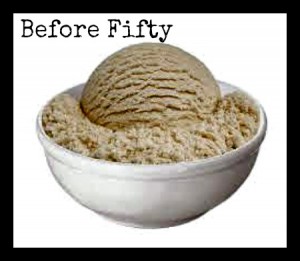 Vanilla Before Fifty: slightly bland flavor of ice cream when served alone YET acts an excellent  base on which you can build a delicious treat by adding a wide variety of flavorful toppings 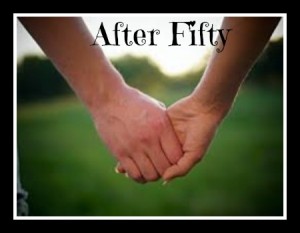 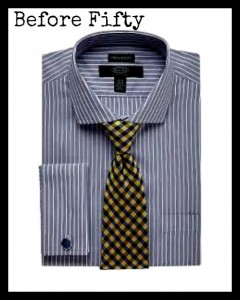 Tie Before Fifty: 1. an accessory to adorn the neck of your sexy husband when he dons his suit to appear in court… as an attorney, not the accused (unless that’s your thing- no judgment)

2.  the accessory responsible for reducing me to tears in many department stores as I struggle to ignore the voice in my head screaming, “You can not mix stripes and patterns!” 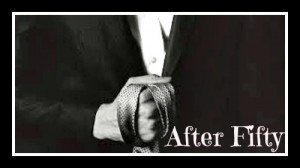 Tie After Fifty: 1. a sexy piece of material used to inhibit the movements of a young woman as you introduce her to pleasure she has never experienced

2. a seemingly innocuous accessory to be worn to a young woman’s college graduation as a reminder of the previous night’s “kinky fu*%ery”, in an effort to inspire her to sign a contract which would initiate a relationship with someone who “doesn’t do romance” 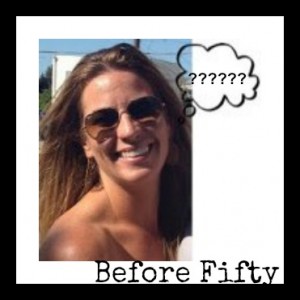 Flogger Before Fifty: Truthfully, I never once had a single thought about a flogger- neither its definition nor its use 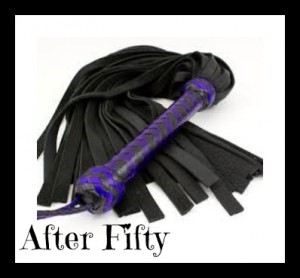 Flogger After Fifty: a leather whip used to strike your consenting, yet excessive lip biting partner who you are introducing to the world of steamy sex and pink-skinned bottoms 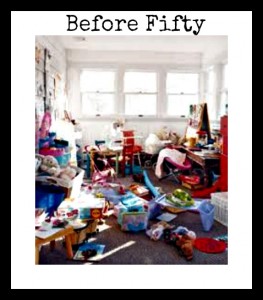 Playroom Before Fifty: 1. a room in which mothers store their children’s toys to avoid tripping over them and continuously having to pick them up throughout the day.

2. a place where toys can cover every surface and it is considered “creative expression” rather than “poor housekeeping”

3. the room in which homeowners throw everything they don’t have time to put away before guests arrive 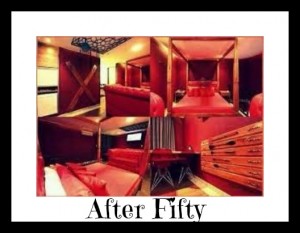 Playroom After Fifty: 1. a room in which men who apparently don’t have a heart (according to the people who know them) keep  instruments used for entertainment including, but not limited to: blindfolds, riding crops, floggers, bindings, ties

2. a room in which the aforementioned heartless men do NOT keep an Xbox 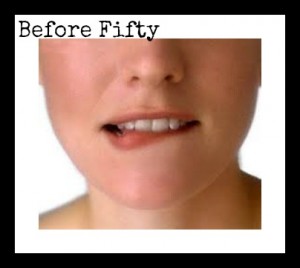 Lip Biting Before Fifty: A slightly annoying and possibly painful habit which indicates nervousness or insecurity and requires constant application of lip balm 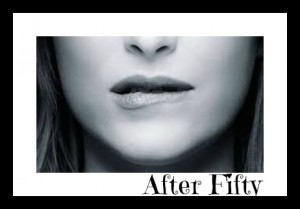 Lip Biting After Fifty: A subtle and unintentional habit that appears when one is nervous, aroused or trying to be coy, resulting in men whose taste are… *dramatic pause*… “very singular” to become uncontrollably aroused, rendering them helpless to contain the desire to launch themselves at the lip-biter and devour her mouth regardless of location such as an elevator, a car or simply at the dinner table.

All the lip-biting looks the same to me… Just sayn’

Many of you will turn up your noses at the drivel that is published as “Adult Fiction” Perhaps it’s below your standards. Maybe you’re just too embarrassed to be seen reading it. (Doesn’t everyone have an iPad or a Kindle these days?)

Personally, I believe there is something to be learned from all literature, regardless of genre or audience. I mean, did you ever imagine using a tie for anything other than completing a spiffy outfit? You’re welcome.