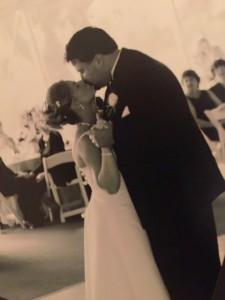 In a few hours the months of planning will come to fruition. You’ll be married. But    this is only the beginning, beloved.  Yes, yes. I’m aware that you realize this and you   “know” what you’re getting into.  On some level, you’re correct- everyone who has    been in any sort of relationship knows how difficult they can be.

As a woman who now really “knows,” let me give you a few pieces of advice on the eve of your wedding.

Love, honor, respect and serve him. The world will judge you for this. They’ll try to tell you those words are synonymous with things like “weak, disrespectful, less than.” But let me tell you something: you’re marrying this man because you love him and he loves you just as much, and possibly more. Why wouldn’t you honor, respect and serve him? Those are ways you show love. Don’t let anyone else’s feelings on the matter tell you otherwise.