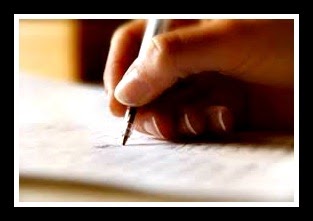 To the mothers of daughters from the mother of sons,

As mothers we have similar goals, regardless of gender. We want our children to have happy, healthy relationships- both physically and emotionally.  We want them to go out into the world prepared to make educated choices and calculated risks- with a healthy dose of caution thrown in. We want them to look at the world around them and see a place that has both good and evil, while understanding it is the choices they make that  makes the difference.
We want them to know more love than fear.

To that end, you’re working hard to raise women who know the true meaning of beauty, who are bright and confident- in spite of living in a culture who daily contradicts those messages.  Meanwhile, I am fighting to raise young men that know the power of their words and their bodies,  have pride while still having compassion and understand that being a “man” has a thousand different definitions.
In recent months, however, I feel as though you and I have become unknowing opponents in the fight to raise our children.  As a society that laments the loss of “the village” that once worked together to raise its children, it is disheartening to find we are standing face to face rather than side by side.
Recent tragedies have distorted the image of our sons and daughters. Vicious acts of physical violence by famous athletes and vile images of disturbed college students with mental illnesses litter the media, sending the message that my sons are perpetrators and your daughters their potential victims. As the mother of sons, this is both heartbreaking and infuriating.  I don’t want your daughters to fear my sons. I don’t want young women to be afraid to be alone with them, doubt their intentions or distrust their words.  This is unfair to both of them.
As the mother of sons, I have taught and will continue to teach my boys that no one has the right to touch anyone without permission.  In our house “no” means “no.” Those who say it, mean it- it’s not a joke. Those who hear it, respect it- it’s not optional. I will instill in them the understanding that just because they HAVE the right to do something, doesn’t mean it IS right to do it. Their actions cause REactions and they need to consider that with every choice they make. My sons will grow up knowing through my words and my behavior that women, your daughters, are more than their skin and body. Through my marriage they will learn that spouses treat each other with love and respect- even when they’re angry or disagree. They will know to open doors, pull out chairs and help carry the groceries, not because a woman can’t but because it is OK to show her that you care and think she’s special. My sons will not be perfect, I’ll teach them that as well. But I will do everything in my power to make sure they are loving, kind and of strong character, not someone to be feared.
As the mothers of daughters, I need you to help your girls know these things about my sons. Please teach them that not all men physically abuse, laugh at crude jokes, or disrespect women. Remind your daughters that my sons can find them beautiful while still valuing who they are. Tell your daughter that my son will listen when she says no. Also tell her he means it when he say no as well. Help your daughters grow up knowing through your words and actions that they are more than skin and body.  Talk to them about the difference between having rights and doing what is right. Show them that all actions have REactions and to make decisions wisely. Instill in your daughters the belief that they are special and deserving of someone who wants to open their door, pull out their chairs and carry their groceries. Share with your daughters that all men should not be feared or judged by the behavior of others. Teach them that even though my sons aren’t perfect, they are capable of great love and immense respect.
As mothers we have to stand together and  fight against a world that wants to tell our children to fear one another. We must educate and empower our children so they can go out into the world confident and capable and able to explore happy, healthy relationships.
That’s just my normal.