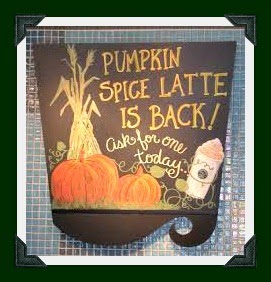 The leaves are beginning to turn. Memories of scarves and gloves float on the crisp night breeze. Winter boots and sweaters are lining the racks in every store. 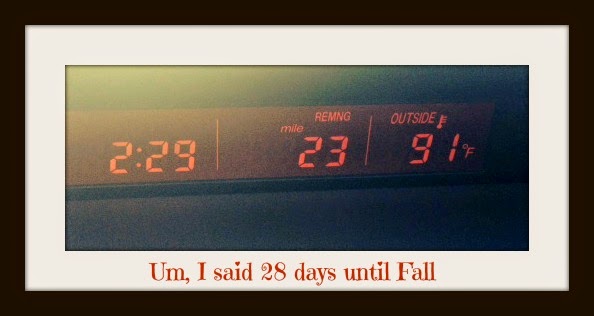 OK, so maybe none of those things are happening here in San Diego, but we still know that fall is just around the corner because… 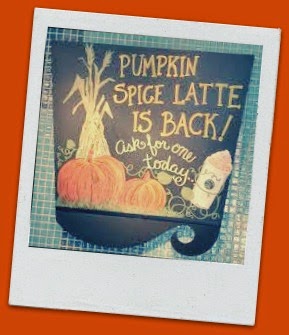 That’s right, ladies and gentlemen, All Things Pumpkin has begun.  We have pumpkins to satisfy every one of the five senses. One can smell the sweet scent of pumpkin and spices in every home décor outlet and bathroom. I can feel the weight of that $40 Cinderella pumpkin taking its toll on my back and my bank account! Is that a crying child I hear? His big brother must have picked the pumpkin he planned to take home. Gracing the pages of the Pottery Barn catalog I see nothing but overly priced pumpkin decorations.

But nothing announces the arrival of Fall and All Things Pumpkin quite like the taste of the Pumpkin Spice Latte. (Known as PSL to the experts or #PSL to hipsters)

Sadly, the smell of the #PSL (I’m a hipster in case you didn’t know) is all I can tolerate.  After the #PSL Incident of 2010 which involved a birthday PSL, a trip to Trader Joe’s and a panicked stop in the bathroom of a local park as my digestive system expelled every  Grande ounce from its walls, I’ve learned to be content with just huffing the pumpkin-y goodness like it’s glue.

Much like the lighting of the tree in Rockefeller Center, the return of Starbucks’ Pumpkin Spice Latte is a symbol of the changing seasons and the onset of the holidays. Second only, of course, to the return of the Starbucks Red Holiday Cup… which truly makes it the most wonderful time of the year!

Now I’m no grammar expert, but I’m pretty certain quotation marks typicall imply sarcasm. Therefore, I read this post expecting some “pumpkin” mocking going on- perhaps even a little “pumpkin” shaming. Being the well-educated woman that I am, I investigated further.  (Translation: I skimmed the article)

I won’t go into all the details because, well, there are a crapton of them.  But I’ll break it down to the 4 basic points the author wants to make:

I’d like to quickly touch on each of these points. I should state from the beginning though that I did zero research, unlike the author of the original article.  Clearly she is smarter than me and like 1,000 times better looking.  Seriously, this woman is the Food Babe for realz!

1. Starbucks is shady: Based on the assumption that all the Babe’s quotes and alleged conversations with the “people” at HQ are legit (Yes, I intentionally used “people” because I was inserting sarcasm) I have to say I have mixed feelings about this.  Of course the Bux should share their ingredients because it’s the right thing to do- and the law I though?  But do you blame them for holding back? You know what will happen if they do share them. Healthy people will freak out.  Starbucks will defend themselves.  People will freak out again.  Starbucks will compromise and make a new/healthier version of the PSL and it will take like absolute shit because no one wants chunks of pumpkin goop and bits of nutmeg floating around in their holiday drink!

2. Long names, abbreviations and the Roman Numeral IV are bad: Based on the Babe’s research, there’s a lot of not so awesome stuff in the PSL. However, like anything else in life… MODERATION! You like the #PSL? Cool, have a few during the season.  Heck, have one a week if it gets you through the Monday Blues or the Perpetual Tuesday. If you choose to have one every day, however, your hairy third nipple is going to be the least of your worries!! I can name at least IV other health-related problems you’ll have if you consume that much latte. That’s alotta latte, people.

3. The “Pumpkin” Spice Latte doesn’t have any pumpkin?!?! Um, I’m going to go out on a limb here and “assume” (There’s those pesky quotation marks again!) no one in their right mind is actually surprised that the pumpkin has secretly been replaced by the “pumpkin.” Hopefully if someone was looking to actually ingest some pumpkin they would consume something other than a DRINK!

4.  Hairy Nipple Theory: I may watch ‘Big Bang Theory’ but I don’t actually know much about science.  Shocking, I know. So it’s probable my folicled-nipple theory might be inaccurate.  But you don’t have to be Sheldon Cooper to realize consuming large amounts of chemicals on a regular basis isn’t going to lead to anything good.

All in all, I’d say Food Babe gave me a lot of food drink for thought.  All joking aside, we should be smart about what we put in our bodies.  They’re the only bodies God gave us, so a measure of caution and thought should be given when making decisions about its well-being. That being said, God also gave us a brain. I don’t think many people ordering a sugar-laced drink, topped with whipped sugar and sprinkled with granulated sugar is under the false illusion that this is a “healthy choice.”  They just want a fun holiday drink that helps them feel a little more festive… even when it’s 90 degrees.

I’d rather eat my pumpkin than drink my “pumpkin”
That’s just my normal.

*P.S.*
Did you notice the link in the upper right hand side of the page?
You didn’t? Oh, go look now.  Then click on it. Then pre-order the NEW BOOK!
Release day is September 15th!!!