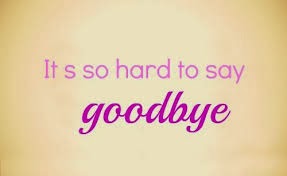 I’ve been lucky enough to fall in love twice in my life.

The first time, love snuck up without warning.  On a crisp December evening I opened my door to a man I had been  getting to know for several months.  Imagine my surprise when standing there, doorknob in hand, I discovered that somewhere along the way I had fallen in love with this friend.  Even more surprising? He had fallen in love with me as well.  The rest, as they say, is 17 years of history.

The second time I fell in love was less surprising.  I guess you could say I was older, wiser. Maybe I was simply more in touch with my feelings or the sensation of love was recognizable since I had experienced it once before.  Truthfully, though, I think the reason falling in love this second time was easy because I had secretly been coveting this object of my affection from afar for quite some time.

I should be ashamed.  I know that coveting is a terrible sin and nasty business.  But I couldn’t resist. It began to consume my thoughts.  I found myself asking others about it, trying to get information.  I concocted silly excuses to be places where I knew my obsession could be found.  It had become a common theme in my conversations.  The mouth is the well-spring of the heart and my heart was truly consumed by my obsession.

2 years ago, on a warm Southern California September evening much like tonight, my secret crush was revealed. It was clear I had not kept my coveting under wraps as well as I thought and it was time to face the music… head on, in the parking lot of Bucca di Beppos, in front of my family and a friend.

“I have something for you. It’s your birthday gift.”
“You do? What is it?”
“It’s something we all know you want but you tried to hide.”
“What do you mean? What would I possibly hide from you?”
“Don’t be ashamed.  Don’t try to deny it. Turn around and see.”

And there it was.  The object of my affection.  My second love.  The thing I had coveted for months. My precious… 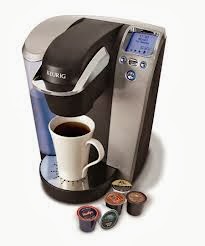 My Keurig K-Cup Single Cup Brewer. The K75 Platinum Brewing System.
It was like falling in love all over again but even better. I didn’t have to hide my feelings. I didn’t have to act casual and aloof when someone offered my a perfectly brewed cup of coffee that only the Keurig K-Cup can provide.  I didn’t have to pretend to be disinterested when it was the Today’s Special on QVC.  I could finally stop standing in the aisles of Bed Bath and Beyond dreaming of a day my Keurig and I would be free to express our love.  That day was here.
Our love grew quickly.  We shared quiet mornings before the kids awoke.  Saturday mornings were ours as we surfed the net and watched television snuggled in bed.  Actually, I was snuggled in bed and the Keurig was downstairs in the kitchen. Having the coffee maker in my bedroom would be considered weird and obsessive.  Even I have some boundaries.  But the beautifully brewed cup of java spent many hours ensconced in my hands and cozy under my blanket.
My Keurig grew to know me like no other. It knew when I was feeling down or alone or simply needed some time to myself… 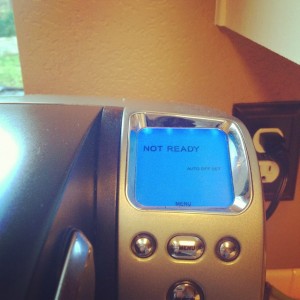 It was the inspiration and the motivation to face the day no matter how tired or overwhelmed I was, forever the encourager… 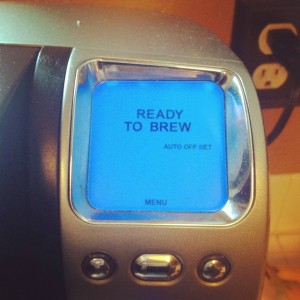 It was a permanent fixture in our lives. A part of our family.
We started buying accessories and things to make it happy.
We even played silly games.
But like so many great love affairs, things began to change.  My Keurig suddenly became demanding and unreliable.  And man could that thing nag.
De-scale me!
Unplug me!
Reset me!
Unplug me again!
Change my filter!
If it wasn’t one thing, it was another.  All communication eventually broke down.  And then the lies and  the deceit began.  Once that trust is broken, how can it ever be restored? So I distanced myself, protected myself.  I stopped trying.  Days would go buy without the beautiful blue light illuminating my kitchen.  My hands grew cold from the lack of a toasty mug between them. My Coffeemate began to sour, and so did my love. And the lies continued.
Until one day there was no love left at all… just bitter resentment.
I’d like to say this story has a happy ending.  I wish I could tell you the love affair that began in late September brewed years and years of happy memories.  But unfortunately, this story does not end happily.  There was no moment of repentance and no one saw the error in his ways.  I can honestly say I tried my best to salvage things.  I tried all the tools and techniques suggested on keurig.com and followed every troubleshooting video on YouTube. But there was nothing that could be done to save this relationship.
And after 2 gallons of vinegar purchased from WalMart 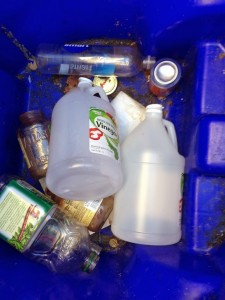 And 3 full days of unplugging and resetting, it was clear the film of deceit, brokenness and hard water could not be removed from the Keurig.  It’s hardened heart and calcium-crusted filter just could not be descaled.  And it was time to part ways and say goodbye.

I know one day I will look back on these years and it won’t hurt so much.  For now, though, it’s difficult.  The mornings are cold and lonely and the nights… Oh, the nights. 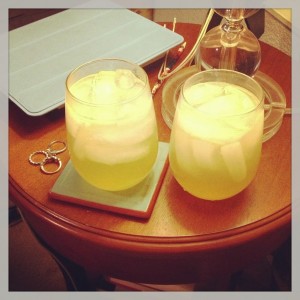 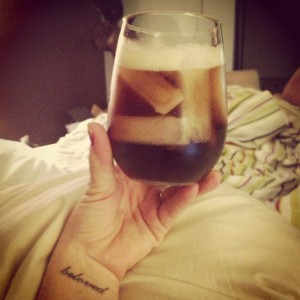 I do what I can to get through the nights. Can I interest anyone in a Paleo-friendly margarita? Perhaps a Maker’s Mark and Diet Pepsi?
But I will get through.  I will persevere.  And I will love again. In fact, the new Keurig Vue is currently the Today’s Special and comes in a darling shade of red.
In the great words of Alfred Lord Tennyson, “‘Tis better to have loved and lost than to never have loved at all.” You said it, Al.
It’s so hard to say goodbye.
That’s just my normal.
UPDATE: Since posting this I ordered and received my new Keurig Vue.  I had planned to simply reorder my old one but Hubs convinced me to go with the new one as it had the option to brew cold drinks.  It’s been approximately 2 weeks since the New One arrived.  My thoughts:
1. Coffee is coffee is coffee for me, so the it tastes just as good.
2. It’s a bit spacey looking for my taste, but I can live with it.
3. It sounds like a breast pump when it’s brewing. I swear I’m going to start leaking every time I make a freaking cup of coffee.
4. You can choose your cup size (coffee, not boob) and that’s pretty cool. Lucky for me I am able to brew a whole heck of a lot more than I was ever able to pump!

On a more serious not: Carolyn Coppola, my bloggy friend and author of
Minivans, Meltdowns and Merlot is supporting Pediatric Cancer awareness by donating proceeds of her book. Currently, however, she is donating an extra $1 for every book sold! Even ebooks! So head on over and pick up a copy of her hysterical book and help support Pediatric Cancer research.