I’m pretty sure I have no cinematic mojo whatsoever.  As I watched bits and pieces of the Oscars this year I had absolutely no interest in any of the movies.  In fact, I hadn’t even heard of quite a few of them.
-“Les Miserables” – OK, I know what that one is about but I’ve never seen it on stage in the theater or read the book.
-“Lincoln”- I was a history major.  I remember the gist of it: president, Civil War, Emancipation Proclamation, theater, assassinated.
– “Zero Dark Thirty”- No interest
– “Argo” – Lots of interest, no commitment.  Life’s serious, I need my entertainment to be light.
– “Silver Linings Playbook”- Cute guy, girl from a teen novel… Totally sounds like I could get into this one.
– “Life of Pi” – Maybe I’m just a little too practical, but that tiger totally would’ve eaten the kid within the first few hours and if he didn’t, the kid would’ve crapped his pants within the first few minutes and poopy pants are not my idea of “entertainment”
– “Django Unchained” – I wish I was deep enough to get the dark humor of Tarantino but usually I just feel really guilty for laughing when some one’s brains end up all over the back seat of a car.
– “Amour”- Um what?
– “Beast of the Southern Wild” – I can’t take the pain and sorrow just to get to a redemptive ending about hope.

This summary in addition to the fact that I saw all but one of the “Best Animated Feature” nominees shows I have the emotional and intellectual depth of a puddle and clearly I have children.

I used to love the movies.  During the DINK years (Dual Income No Kids) Hubs and I went to the movies all the time.  Sometimes we’d see 3 in a weekend.  But now, if it’s not animated, we don’t see it. If I’m going to get a night out with my husband I’m not going to sit in a dark theater and watch something serious.  I’m going to get my margarita on and eat something really yummy that I didn’t have to shop for, cook or clean up.  I know, my life is pretty exciting.

I’m beginning to think, though, that using my busy life and life phase as a parent are just excuses.  I think that had Hubs not worked in Hollywood when we met, I never would have had a movie hay day. Because if I really think about it, my love of terrible plot lines and horrific acting might be a life pattern that began back in the 80’s.  You see, when I was growing up, I was totally addicted to ABC After School Specials.

Pleeeeease tell me you know about ABC After School Specials! My readership has recently exploded and I am realizing that there are some youngins reading my stuff so it’s possible some of you may not know about the awesomeness that is the After School Special.  First of all, did you know that these shows ran from 1972-1997!? That’s 25 years for those of you who struggle with math- no judgement.

For 25 years tweens and teens spent their afternoons in front of the television watching “dramatically presented situations, often controversial, including illiteracy, substance abuse and teen pregnancy.” (As described by my BFF Wikipedia.) I don’t know about the rest of you, but some of my first experiences learning about the dangers of drugs and premarital sex were through After School Specials.

**I’d like to add a side note here that I spent approximately 19 years being told that if I had sex I would get pregnant- every time.  Then when I actually wanted to get pregnant I was told it could take 6 months to a year.  Do you have any idea how confused I was the first time someone told me she and her husband were going to “try and get pregnant”? According to my 5th grade P.E. teacher there was no “trying” necessary.  It just happened and you’d be sent away to a “camp” for a few months if you”tried” before you were married.**

Anyway, the horrifying (and apparently misleading) fear of teen pregnancy wasn’t the only lesson I learned from After School Specials.  What stands out most to me was the overarching theme of peer pressure- whether it was sex, drugs, sneaking out, drinking, you name it.  In an ASP there was inevitable some dark-haired guy in a leather jacket pressuring some middle class white girl to do something she wasn’t supposed to do.
“Come on, baby.  Have a drink.  Everyone is doing it.”
“I don’t know, Johnny.  My mom says I could get hurt if I drink alcohol.”
“Your Mom’s just trying to scare you.  Look at me, I’m super hot in my pegged jeans and leather jacket with excessive zippers.  Do I look dangerous?”
“Well, you look a little dangerous but I want everyone to think I’m cool so I’m going to follow your lead.  Hand me that Boone’s Farm.”

OK, so maybe it didn’t go exactly like that- but you get my drift, right? It was all about the dreaded PP: Peer Pressure.  Interestingly enough, as an adult looking back, I have absolutely no memory of anyone EVER using the phrase “everyone is doing it.” In fact, I don’t remember being externally pressured about much of anything.  No one particularly cared whether or not I drank or smoked or went to a party. However, I definitely remember thinking that everyone cared.  So although there was little external peer pressure, there was a boat-load of internal, perceived peer pressure.  I think when it becomes time to get down to the nitty-gritty stuff in parenting (I mean nittier and grittier than, say, this) I’m going spend an awful lot of time discussing what we think our friends are thinking about us vs. what they are really thinking about us.  Which, by the way, is nothing.  They are not thinking one thing about you because they are all too busy thinking about themselves.

So now I’m an adult- more or less.  I’m married, I have 2 kids, a dog, a mortgage, a job and this writing gig.  I’m past the age of figuring out the ins and outs of alcohol, drugs and sex.  I should pretty much be Peer Pressure free at the ripe old age of 38.56, right? Would I be totally weird if I were to tell you that I could really use some After School Specials at this age? I should probably be embarrassed about that but I’ve admitted far more ridiculous things to you so nothing is off limits right?

I think that there needs to be an After School Special revival.  In fact, I’m going to reach out to a few people I know in “The Business” and see about having some new episodes written.  We could reach out to the less successful members of the Brat Pack and maybe even Don Johnson could play the part of some one’s grandpa or The Hoff can be the creepy neighbor.  I could definitely see Heather Locklear playing the part of a cougar down the street.

But there are also some A-listers that are “of a certain age” (ie: my age) that could do a little TV work: Leonardo DiCaprio, Kate Winslet, Amy Adams, Jude Law, Colin Farell all fall into our age bracket, high school graduates of the early 90’s.  I’m suddenly feeling very sexy.  Thank you Amy Adams (who would totally play me in all ASP about my life, just so you know.)

So now that we have our cast squared away, what topics would be appropriate for a 30’something After School Special?  I think we should go with the old stand by: Peer Pressure.  Here are the first 5 episodes I have planned for ABC After School Special: The Grown Up Years:

Episode One: Peer Pressure forces a mom to make a decision about whether or not she will do her son’s diorama for him so it looks top-notch when turned in and not like a 3 year old made it.

Episode Two: A mom notices the 20’something next to her on the elliptical is working out at level 9 while she is only level 6.  Will she give in to the pressure of keeping up with the young “chippy” or be confident in her own fitness level?

Episode Three: All the moms at this month’s book club are discussing their recent Brazilian Wax.  Sally just isn’t sure she’s comfortable having a stranger touch her girly bits.  Will she cling to her pubic hair to maintain her dignity or will she follow in the footsteps of Mr. Bigglesworth?

Episode Four: The Jones family just redecorated their house again and Mary is feeling jealous.  She recently received something from her local furniture store saying she can open a credit card and pay no interest until 2020! Should she plummet her family into debt so she too has the Pottery Barn look or can she be content with her Pier One imitations?

Episode Five: The ladies in Jenny’s neighborhood have started a Classic Literature Book Club.  They will be going through the Top 25 books in history.  She’s been invited to join but Jenny doesn’t want to give up her young adult novels and erotica.  (She has to finish them before the final movie comes out next year!) Will she admit to her obsession with teen love and floggers or shelve her naughty books in exchange for the Bronte Sisters? 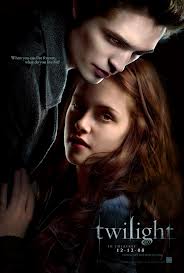 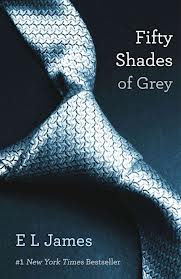 What? This is good literature!

So, what do you think? Will After School Specials: The Grown Up Years be a success?

By the way: I was asked to be a guest writer at Still the Sea on Friday. It’s a beautiful site that celebrates faith, beauty and wholeness.  Please visit their site to learn who they are and how they use inspiration, humor and the building up of faith to pursue wholeness in addition to working hard in the fight against human trafficking.